Lois moved to Sedona, Arizona, where she discovered the doctor who restored her health, created a NEW way to stop the feelings of shame and guilt, and ignited her ability to write Light Language that transforms our life by raising our soul frequency vibration.

Why do I name shame and guilt shameguilt?

Why I chose shame guilt to be an independent study?

I discovered that shame guilt produces all negative emotions, including but not limited to anger, depression, anxiety, addictions, traumas, etc. Shame guilt turns our positive emotions into negative ones. The shame guilt energy causes our struggles from low confidence to suicide. Since the shame guilt negative energy is within every person in every country, causing victimhood, traumas, and increased mental illness, it deserves to have its own independent study.

I can think of no other entity than shame and guilt to be exposed to help humanity become free from their homemade shame guilt prison of not being good enough. I dedicate my resources of films, articles, podcasts, individual sessions, books, and SEO to expose shame guilt for its dangerous controlling effect upon humanity. Knowledge of tricky shame guilt is the best prevention to stop shame guilt from destroying our lives. Our lack of shame guilt knowledge and their secrecy gives shame guilt power over us, and we become victims stuck in the not good enough lie. The shame guilt is NOT normal, but common.

Lois’ life was not
always happy.

Lois Hollis was born in Baltimore, Maryland, in 1943. She earned her RN from St. Joseph Hospital and achieved her BSN from the University of Pennsylvania. For thirty years, she gained experience as a nurse in open-heart surgery, neurosurgery, gastroenterology, and nephrology. However, she spent most of her career in nephrology, the treatment of kidney disorders. She used her talents in research, teaching, and consulting to help establish one of the first kidney hemodialysis units in the United States at Thomas Jefferson University Hospital in 1966. Lois taught hospital staff, physicians, and nurses how to care for hemodialysis patients both in the hospital and at home. She lectured widely

After six years of an intense working schedule, Lois needed a change. She was appointed Kidney Hemodialysis Consultant. She standardized and shared new hemodialysis techniques and procedures while speaking about Kidney Dialysis at events and hospitals.  Lois co-founded the American Association of Nephrology Nurses and Technicians. She married in 1972 and became the director of the Kidney Hemodialysis Unit at the Portsmouth Naval Hospital.

Lois wanted a family, but she had many disappointments. She lost three pregnancies. As Lois says, “God finally gave me three beautiful girls.” Her life now was dedicated to raising her three active girls, especially after her divorce. Her joys were often compromised by 30 years of severe migraine headaches that required medication. Lois. nevertheless, was able to find the stamina to raise her girls with their many extracurricular activities, teaching them snow skiing, etc. Soon as her girls entered college, she collapsed into the physical and emotional abuse traumas of her childhood. Despite her many accomplishments, her abusive childhood traumas began to outweigh her vivacious lifestyle. She suffered from broken jaws, scoliosis, mitral valve prolapse, brain traumas, etc. She was told at the age of 5o that she could only live a few more years.

Lois always knew that there were many possibilities, but she exhausted what traditional medical and psychological therapies offered. With great sadness, she left her medical life and turned to holistic health.  Lois moved to Sedona in 1999. There she found the resources to heal and discover her new profession. Lois, through her own healing, discovered that her emotional and physical health intricately weave themselves to produce health or disease. She could not remember her childhood, but soon, she was shocked to learn that her abusive childhood left many scars. Since brain traumas cause increased sensitivity to sunlight, she understood why she was unable to be in the daylight.

Her health improved with holistic remedies and emotional counseling to lessen her depression. She no longer thought suicide was her only option but remained despondent. Her poor health still left her with a short life span.

Lois innately knew God had plans for her, and she would find a way to vibrant health. God answered. She had several spiritual experiences that gave her energy and wisdom to find ways to heal.

Lois soon learned from communicating with her emotions that shame guilt distorts her biological systems and created emotional and physical illnesses. Applying the release of shame guilt from her life, she no longer had lingering depression. Her vitality soared. People noticed. They, too, wanted to do what she was doing. And they did. In fact, Lois was so busy she had to write a book to help others who came to her.

She now recognized that shame guilt were the main offenders of health and wellbeing. Even though Lois’ fresh, unique perspective on guilt and shame opens the doors to wellbeing and success, the public resisted. They showed skepticism, indifference, even contempt when she stated that shame guilt saturates our culture and is everyone’s problem. Nonetheless, Lois still maintained that we can stop our struggle with the negativity of low self-esteem, anger, anxiety, and so on when we address shame guilt directly.

Now is an exciting time. Everything is questioned, and new concepts are typical. Now is the time to expose shame guilt. Lois attended film school in Sedona and produced her first film on how we can heal through communicating with our emotions and inner critic.  Lois produced the Im Good Film to make shame guilt visible and expose its trickery and dangers.

Today Lois is busy spreading the news that we can address shame guilt directly and heal quickly from the negativity that has kept us from a successful fulfilled life. 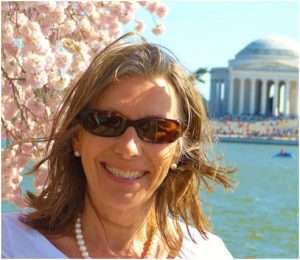 ♦As a student and teacher I am educating others to the dangerous impact of shame guilt upon each of us and thus society. My film series goes further to illustrate how changing the shame guilt system can solve our mental health crisis.

♦In 1964 as a registered nurse, I joined the University of Maryland open-heart surgical and nursing team. Imodified my traditional nursing skills to solve the challenges of the new field of open-heart surgery.

♦In 1966 I was a Nurse Entrepreneur. I helped establish one of the first kidney hemodialysis units in the United States at Thomas Jefferson University Hospital. I assisted with research, teaching, and consulting to support other dialysis centers.

♦I co-founded the AANNT American Association of Nephrology Nurses and Technicians in 1971 to standardize procedures for hemodialysis nursing.

♦Before the availability of the hepatitis vaccine, I contained a hepatitis epidemic at Thomas Jefferson University Hospital Dialysis Unit and developed protocols for hepatitis management in hemodialysis to other units.

♦With much sadness and to the resistance of my colleagues, I left traditional medicine in 1980 for holistic health to save my daughters’ life and my own.

♦I know first hand the importance of healing and the spirit of living. I have been blessed to have extra years in my life by overcoming heart disease, kidney dysfunction, brain traumas, rib fractures, and 30 years of migraine headaches. I had three miscarriages, but God gave me three beautiful daughters.

♦Why I chose shame guilt for study? shame guilt reinforce each other to produce negative emotions such as anger, depression, anxiety, addictions, etc. shame guilt harm us physically, mentally, emotionally, and separates us from our spirit. Our lack of knowledge and their secrecy gives them power.

Lois is a gifted teacher whose sense of morality and ethics are not man-made but divinely inspired. She is the peacemaker who has abandoned judgment on behalf of love and understanding.
D.L. Clear Lake, Washington