Lois Hollis, RN, BSN, REV, was a nurse’s aide at 12. Her desire to understand and heal the body continues at 77 as a Shame/Guilt Educator, Counsellor, and now Filmmaker. Once she discovered shame guilt caused emotional and physical illnesses, she healed. Lois shepherds others out of crisis, attain spiritual growth, or achieve success with shame guilt release.

Initially, I thought Lois Hollis’ topic of shame guilt was not for most people, especially myself. However, when I canceled the Sunday dinner with my father, he told me, I’m always making excuses and didn’t see him enough. I realized my father was also a master of the shame guilt trip. I refused his shameful comments and I felt liberated and earned his respect. Our relationship is stronger. Thank you, Lois! Linda Hollander Sponsorship Expert

Lois Hollis RN, BSN, REV, at age 12, entered healthcare as a nurse’s aide. Her desire to understand and heal the body continues today at 77 as a Shame And Guilt Educator, Counselor, and now Filmmaker. She discovered that shame guilt join forces to create 24-hour negativity that causes emotional and physical illnesses. Shame talks in our sleep, and guilt talks in our waking moments, telling us we are powerless and bad.

Once Lois discovered that shame guilt were responsible for her anxiety, depression, and life-threatening illnesses, she healed from childhood traumas and 30 yrs. of migraine headaches. She shepherds others out of a crisis, seeking success, or spiritual growth with her knowledge of how to identify, release, and avoid shame guilt.

Lois has the uncanny ability for new knowledge. She helped develop one of the first Kidney Hemodialysis Units in the country and other firsts. She authored Soul Mirror Cards and three books. Lois aspires to use the magic of film to make shame guilt visual. Her documentary series, “I’m Good”, will illustrate the shame guilt dangers and how to avoid them.

As soon as Lois moved to Sedona, Arizona, she began to write Light Language Poetry. Her writings from spirit can be read and re-read. Each time the reader receives different feelings and understandings of life and love. She continues today to write with love and light from her spirit.

With Light Language and the knowledge of shame guilt, we can change the shame guilt system to live in prosperity, solve mental health crises, and regain our evolutionary joyful spirit.

Lois Hollis was born in Baltimore, Maryland, in 1943. She earned her RN from St. Joseph Hospital and achieved her BSN from the University of Pennsylvania. For thirty years, she gained experience as a nurse in open-heart surgery, general surgery, and kidney health. However, she spent most of her career in the treatment of kidney disorders. She used her talents in research, teaching, and consulting to help establish one of the first kidney hemodialysis units in the United States at Thomas Jefferson University Hospital. Lois taught hospital staff, physicians, and nurses how to care for hemodialysis patients both in the hospital and at home.

After seven years of an intense working schedule, Lois needed change. She retired to consulting and eventually married. Although she lost three pregnancies, she gave birth to three girls. She states, “God gave me three beautiful girls.”

Despite her many accomplishments, her abusive childhood traumas began to outweigh her vivacious lifestyle. She succumbed to guilt-ridden depression, heart and liver disease, 30 years of migraine headaches, and structural deformities. Her physicians told her that she could not live past 50years. After ten years of unsuccessful therapies with traditional medical and psychological professions, she, with great sadness, turned to holistic health. 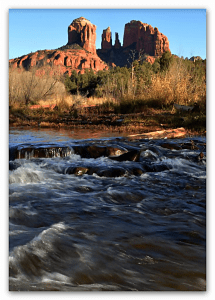 Lois’ life changed when she moved to Sedona, Arizona where she discovered a doctor who restored her health. There she uncovered the shame guilt secrets and her ability to write Light Language.

She also learned that her emotional and physical health intricately weave themselves to produce health or disease. She could not remember her childhood, but soon, she was shocked to learn that her abusive childhood left many scars. She was diagnosed with brain traumas, fractured jaw, broken neck, and congenital heart disease. Since brain traumas cause increased sensitivity to sunlight, she understood why there was a time she was unable to be in the daylight.

Her health improved with holistic remedies, and emotional counseling lessened her depression. She no longer thought suicide was her only option but remained despondent. Her poor health still left her with a short life span.
Lois innately knew God had plans for her, and there was a way for her to have vibrant health. God answered her prayers. She had several spiritual experiences that gave her the energy and wisdom to find more ways to heal.
She decided to talk with her emotions instead of about them to therapists. Her emotions taught her that shame guilt distorts our biological systems and creates emotional and physical illnesses.

Applying the release of shame guilt from her life, she no longer had lingering depression. Her vitality soared. People noticed. They, too, wanted to do what she was doing. And they did. Lois was so busy she had to write a book to help others who came to her.

She now recognized that shame guilt were the main offenders of health and wellbeing. Even though Lois’ fresh, unique perspective on guilt and shame opens the doors to wellbeing and success, the public resisted. They showed skepticism, indifference, even contempt when she stated that shame guilt saturate our culture and is everyone’s problem. None the less, Lois still maintained that we could stop our struggle with the negativity of low self-esteem, anger, anxiety, and so on when we address shame-guilt directly.
Today is an exciting time. People are questioning and new concepts are typical. Now is the time to expose shame guilt. Her “I’m Good” Docu-series will expose the trickery and dangers of shame guilt to illustrate how changing our shame guilt system can solve our mental health crisis. 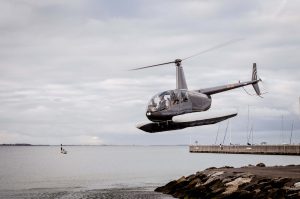